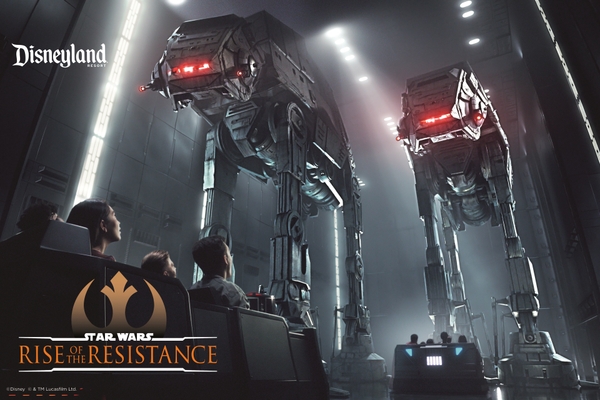 Star Wars: Rise of the Resistance

Let the Southern California CityPASS Ticket Transport You to the Disneyland Resort’s Newest Attraction—Star Wars: Rise of the Resistance

Anaheim, CA (Jan. 28, 2020) — Steady your nerves and summon your resolve as you find yourself in the middle of blasts, rumbles, and the thrill of a climactic Star Wars™ battle. This is Star Wars: Rise of the Resistance, which opened earlier this month at the Disneyland® Resort in California. With multiple ride systems and an incredible drop from space, the new attraction is one of the most advanced and immersive Disney Parks experiences ever.

Designed by CityPASS, the company that has specialized in bundling discounted admission to the most iconic attractions in North America for more than 20 years, the Southern California CityPASS is an attractive option for budget-savvy families planning theme park getaways to the Golden State. Evolving technology allows CityPASS to continue to offer Southern California buyers the most customizable travel experience possible.

Upon visiting the Southern California page of the CityPASS website, travelers select the parks and tickets they want to include. Their tailor-made, direct-to-the-turnstile tickets are then delivered via email and can be saved to a mobile device or printed out for added convenience.

Those who bundle Disneyland® Resort admission into their Southern California CityPASS ticket will definitely want to experience Star Wars: Rise of the Resistance. The ride begins with Resistance recruits (aka park guests) boarding a transport that is suddenly captured by the First Order. During their efforts to escape, guests will find themselves ducking blaster fire from surrounding stormtroopers, evading lasers from towering AT-AT walkers, and feeling an unmistakable presence in the air as a sudden red glow cuts the darkness and the crackle of a lightsaber announces the ominous arrival of Kylo Ren himself.

Southern California CityPASS prices and savings vary, depending on the number of parks and types of tickets chosen. For more information, visit citypass.com/southern-california.