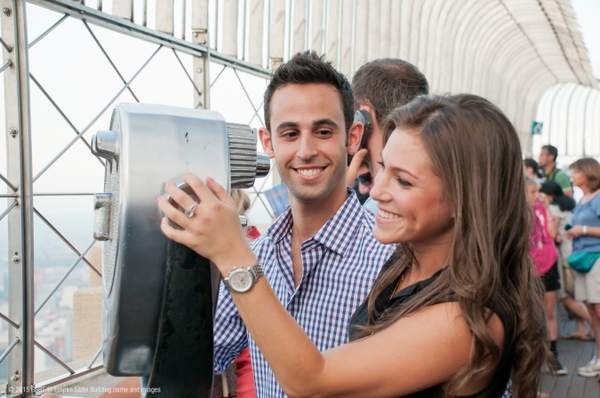 New York, N.Y. (Feb. 7, 2012) — Rarely do sweethearts recall with great fondness the humdrum boxes of chocolates or sappy cards they received on Valentine’s Days past. However, they will forever wax poetic about the inspired Valentine’s Day they spent canoodling atop the Empire State Building, snuggling together to ride the Matterhorn Bobsleds at Disneyland, posing with a favorite Tinseltown heartthrob at Madame Tussauds Hollywood, or hopping aboard an iconic San Francisco cable car.

In 11 North American destinations—New York City, Atlanta, Boston, Chicago, Hollywood, Houston, Philadelphia, San Francisco, Seattle, Toronto and Southern California—CityPASS® offers you and your Valentine prepaid, VIP access to a city’s top attractions at a savings of up to 50 percent. And because CityPASS is valid for nine consecutive days (14 days for Southern California), you can extend the typical one-night Valentine’s Day celebration into a romantic vacation—or a dreamy weekend getaway—packed with starry-eyed togetherness.

An adult New York CityPASS, for example, costs $79*, and includes prepaid admission to six top attractions whose tickets, if purchased individually, would total $162. Visitors who use CityPASS save half off combined admission to the Empire State Building Observatory, The Metropolitan Museum of Art, American Museum of Natural History, The Museum of Modern Art (MoMA), either the Statue of Liberty and Ellis Island or a Circle Line Sightseeing Cruise, and either Top of the Rock observation deck or the Guggenheim Museum.

On the West Coast, sweethearts can opt for a Southern California CityPASS ($279* for adults; $376.90 value), which saves 26 percent off a three-day Disneyland Resort Park Hopper ticket (three days of unlimited back-and-forth access to Disneyland and Disney California Adventure Park) and one-day admissions to Universal Studios Hollywood and SeaWorld San Diego.**