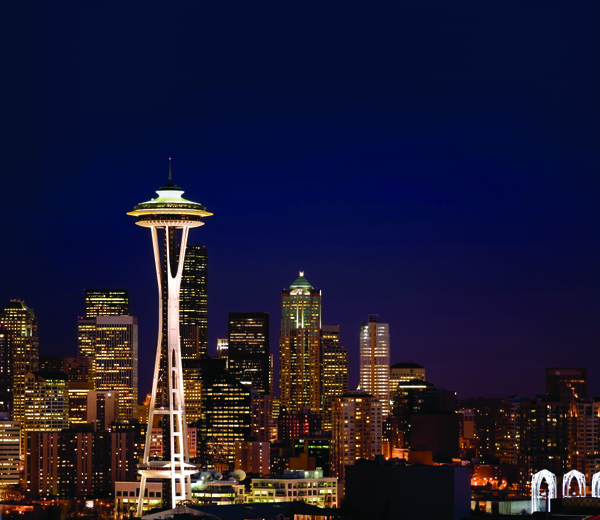 Seattle (March 26, 2012) — The music’s good, the coffee’s fine, and the natural beauty is stunning—all great incentives for visiting Seattle. If you need a little more encouragement before you pack your bags, however, we’ve got six additional reasons why a trip to the Emerald City makes for a perfect spring getaway.

1. It’s budget-friendly—Seattle’s high season doesn’t fully kick in until summer. So, there’s still time to enjoy hotel deals and smaller crowds at the attractions. Super-savvy travelers will also want to pick up a Seattle CityPASS®, which shaves 48% off the cost of visiting the city’s top attractions: the Space Needle (CityPASS admission includes two trips to the top within a 24-hour period), Seattle Aquarium, Argosy Cruises Harbor Tour, Pacific Science Center, EMP Museum, and a choice between Woodland Park Zoo and The Museum of Flight. Seattle CityPASS: $69 for adults; $44 for kids age 4-12.

2. It’s a landmark year—Built for the 1962 World’s Fair, the Seattle Center, the Space Needle and Seattle Monorail are all celebrating their 50th anniversaries this year. Seattle Center, which is also home to the Pacific Science Center and EMP Museum, will honor this milestone with a six-month calendar of events and special exhibits.

3. It’s halibut time—Spring means that the ever-popular Pike Place Market will be bursting with flowers, fresh halibut, and seasonal veggies. Be sure to catch the show the “mongers” at the Pike Place Fish Market put on as they toss three-foot salmon and other fish across the counter. Then, stop by the market’s Athenian Seafood Restaurant and order fresh halibut for lunch while perched atop one of the café’s vintage bar stools (maybe the same one Tom Hanks sat on in “Sleepless in Seattle”).

4. There are new things to see and do—Earlier this year, Pacific Science Center unveiled its remodeled PACCAR IMAX Theater, with a new IMAX 3-D projection system, new digital sound system, upgraded seating, and a completely refurbished look. At The Museum of Flight, the $12 million Chalres Simonyi Space Gallery has opened. In mid-June, installation will begin on a new permanent exhibit, “Spaceflight Academy,” that will include interactive displays and rare space-age artifacts, including the gigantic NASA space shuttle trainer and a Russian Soyuz TMA-14 spacecraft.

5. You can get a little grungy—EMP Museum presents the world’s most extensive exhibition of memorabilia celebrating the music and history of Seattle grunge luminaries Nirvana. On display through April 22, 2013, is “Nirvana: Taking Punk to the Masses,” which features rare and never-before-seen artifacts, as well as photography from band members, their crews, and their families. The exhibit is included with CityPASS admission.

For 15 years, CityPASS has been the premier product for travelers who want to visit a destination’s top attractions while enjoying significant savings of up to 50%. CityPASS, which has a 99% customer approval rating, is also available for New York City, Atlanta, Boston, Chicago, Hollywood, Houston, Philadelphia, San Francisco, Southern California and Toronto. For more information, visit CityPASS.com.