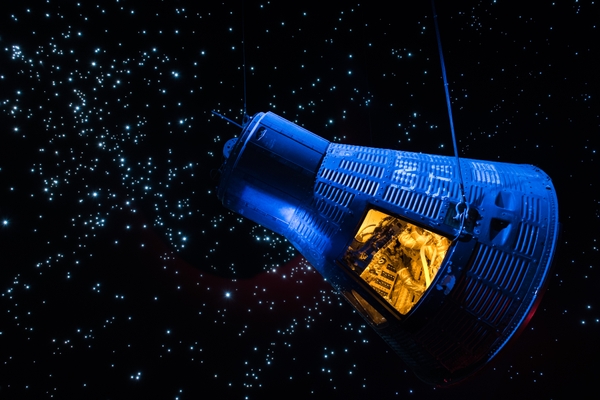 Houston (March 6, 2012) — In recent years, Houston has quietly built upon its identity as the focal point for America’s manned space program. Joining NASA’s Johnson Space Center as reasons to visit “Space City” are an ever-growing cadre of top-notch restaurants and award-winning cultural institutions, all packed into one affordable package. Here are our top-five reasons to plan a 2012 Houston getaway.

1. It’s Affordable—Recently, both Budget Travel and SmarterTravel.com named Houston as a top bargain destination, thanks to reasonable hotel rates and lower-than-average restaurant meal costs. Another savings factor cited by Budget Travel magazine: Houston CityPASS®, which shaves 46% off the combined cost to visit five top attractions. A 2012 Houston CityPASS sells for $39 (child, $29) and includes prepaid admission to Space Center Houston, the Downtown Aquarium and Houston Museum of Natural Science, as well as two option tickets that give visitors a choice between the Houston Zoo and The Health Museum, and between the Museum of Fine Arts, Houston, and the Children's Museum of Houston. Houston CityPASS, which is valid for nine days, starting with the first day of use, can be purchased at any of the above attractions or online at CityPASS.com.


2. The Food is Great—In 2011, Southern Living magazine named Houston one of the “Top 10 Tastiest Towns in the South; the year before, Esquire ranked Houston No. 4 on its list of “Top Culinary Destinations in the U.S.” and The New York Times noted that the city has “one of the most satisfying food scenes in the country.” That’s thanks to an influx of celebrity chefs cooking up a range of eats that span the gastronomical gamut, from Tex-Mex to Vietnamese. One of the city’s hottest dining districts is Lower Westheimer, which will welcome half a dozen new restaurants this year.

3. The Museums are Cool—Among the best are the Houston Museum of Natural Science, whose expansive new Morian Hall of Paleontology is scheduled to open in summer 2012; The Museum of Fine Arts, Houston, with a stunning outdoor sculpture garden and an indoor collection of some 64,000 works of art that span the globe and the centuries; the Children’s Museum of Houston, named the No. 1 children’s museum by Parents magazine (2011) and one of the top 12 by Forbes (2012); and The Health Museum, where visitors can embark on a larger-than-life walking tour through the human body.

4. Surf and Turf Animal Exhibits—Many cities have an outstanding zoo or a stellar aquarium. Houston has both. So, whether you prefer your animals with fins or feet or something in between, you’re covered. Not to be missed are the Houston Zoo’s The “African Forest” exhibit, which debuted in 2010 and is home to chimpanzees, rhinos, kudu, giraffes and ostriches; and the Downtown Aquarium’s “Underwater Shipwreck” exhibit, which allows guests to step inside the hull of a 17th-century sunken galleon and look out at a diversity of species the ocean world has to offer.

5. It’s Still Out of this World—Where else can a visitor catch a glimpse of an astronaut training for an upcoming mission? Few places in America spark such excitement in adults and children as Space Center Houston, the visitor center for NASA’s Johnson Space Center. The center displays spacecraft, spacesuits and other artifacts illustrating our nation’s most important chapters in space exploration, and looks to the future with the Saturn V Complex at Rocket Park.

For 15 years, CityPASS has been the premier product for travelers who want to visit a destination’s top attractions while enjoying significant savings of up to 50%. CityPASS, which has a 99% customer approval rating, is also available for New York City, Atlanta, Boston, Chicago, Hollywood, Philadelphia, San Francisco, Seattle, Southern California and Toronto. For more information, visit CityPASS.com.