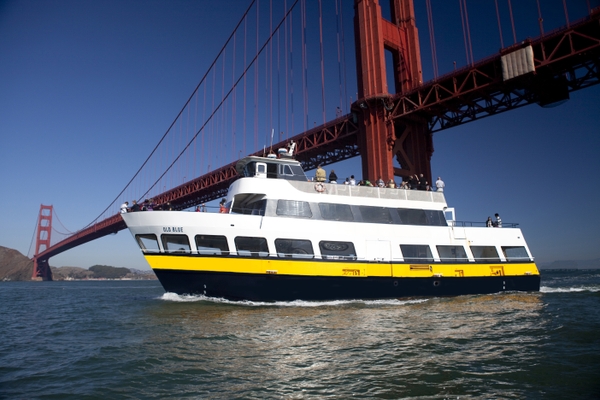 CityPASS: Save Big on a Visit to Fun-loving, Freewheeling San Francisco

San Francisco (Feb. 29, 2012) — San Francisco, consistently dominates top travel lists around the world, including those for best U.S. city, best dining city, best walking town, most creative, happiest, and… well, the accolades and honors go on and on. And that’s no small feat, considering how many great cities there are in the U.S. But, then again, no other city can quite compare to San Francisco’s fun-loving, freewheeling, dance-to-its-own-beat élan.

San Francisco CityPASS®, which saves 48% on attraction admissions, makes planning a getaway to “everyone’s favorite city” a breeze. Each CityPASS covers prepaid admission to the California Academy of Sciences, a Blue & Gold Fleet Bay Cruise, Aquarium of the Bay and the San Francisco Museum of Modern Art, as well as a choice between the Exploratorium and the de Young and Legion of Honor Fine Arts Museum. And getting to all of these attractions—not to mention Fisherman’s Wharf, Chinatown and other sights—is easy with a Muni and Cable Car 7-Day Passport, also included with CityPASS. The passport lets visitors enjoy an unlimited number of rides on all Muni buses, streetcars and the city’s famous cable cars.

San Francisco CityPASS costs $69 for adults (value $132.90) and $39 for kids, 5-12. Passes, which can be purchased online at CityPASS.com or at any of the CityPASS attractions, are valid for nine consecutive days, beginning with the first day of use.

2012 visitors won’t want to miss the California Academy of Sciences, the world’s first “Double Platinum” museum, as rated by the U.S. Green Building Council. The museum’s new “Animal Attraction” exhibit explores some of the wildest courtship and mating strategies in the animal kingdom. From mate-munching insects to leaping fish, you’ll be amazed at the extremes some animals go to in order to pass along their genes.

Another San Francisco must-see is the Golden Gate Bridge, which is celebrating its 75th anniversary this year. For an up-close look at this historic landmark, catch a one-hour, narrated Blue & Gold Fleet Bay Cruise, which sails right under the bridge.

For 15 years, CityPASS has been the premier product for travelers who want to visit a destination’s top attractions while enjoying savings of up to 50%. CityPASS, which has a 99% customer approval rating, is also available for New York City, Atlanta, Boston, Chicago, Hollywood, Houston, Philadelphia, Seattle, Southern California and Toronto. Visit CityPASS.com.