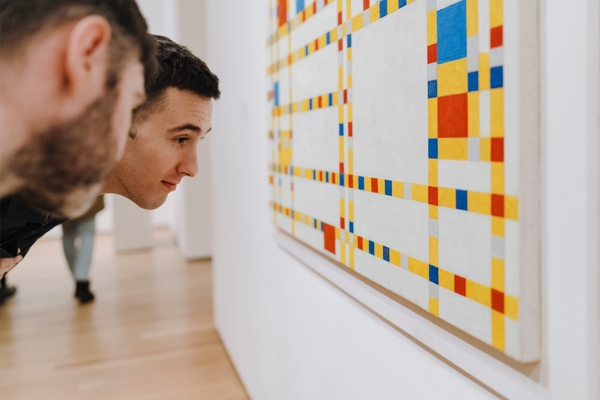 New York City (April 22, 2013) — Big Apple travelers will soon have more time to enjoy two of New York City’s finest museums: The Museum of Modern Art (MoMA) and The Metropolitan Museum of Art. To accommodate growing visitor demand, the museums—both of which are New York CityPASS® partner attractions—recently announced that they will move to daily operating schedules.

MoMA, traditionally closed on Tuesdays, will adopt its seven-day-a-week schedule beginning May 1, 2013. The museum, whose masterworks include Vincent van Gogh’s The Starry Night (1889), Claude Monet’s Water Lilies (1914-26) and Andy Warhol’s Campbell’s Soup Cans, has seen its attendance double since it reopened in 2004 following a major expansion and renovation. Complementing the museum’s permanent collection is an active calendar of traveling exhibitions (always included with CityPASS admission), an elegant on-site restaurant and café, and the beautiful Abby Aldrich Rockefeller Sculpture Garden.

The Metropolitan Museum of Art, which for the past 42 years has been closed on Mondays, houses some 2 million works, ranging from the splendors of ancient Egypt to paintings, sculpture and decorative arts housed in the newly renovated American Wing. To make these and other collections more accessible to the public, the museum will be open daily, beginning July 1, 2013. (Note: The museum’s opening hours will shift to 10 a.m. daily as of July 1; closing hours are unchanged.)

The Met’s expanded operations schedule gives more flexibility to CityPASS travelers, whose museum ticket also includes same-day admission to The Cloisters museum and gardens, a branch of The Metropolitan Museum of Art devoted to the art and architecture of medieval Europe. As of July 1, The Cloisters gardens and galleries will also be open daily.

The 2013 New York CityPASS program, which saves 40% off the combined cost of buying individual attraction tickets, includes prepaid admission to the Empire State Building, American Museum of Natural History, including the Rose Center for Earth and Space; The Metropolitan Museum of Art, The Museum of Modern Art (MoMA); a choice between Top of the Rock observation deck or the Guggenheim Museum; and a choice between the Statue of Liberty and Ellis Island or a Circle Line Sightseeing Cruise.

New York CityPASS ticket booklets cost $106 for adults (value $176); $79 for youth, age 6-17. Ticket booklets can be purchased online at CityPASS.com or at any of the participating attractions. Ticket booklets are valid for nine consecutive days, beginning with the first day of use.

For more than 15 years, CityPASS ticket booklets and admission cards have been premier products for travelers who want to visit a destination’s top attractions while enjoying significant savings of up to 48%. CityPASS booklets/cards, which have a 95% customer recommendation rating, are available for New York City, Atlanta, Boston, Chicago, Hollywood, Houston, Philadelphia, San Francisco, Seattle, Southern California and Toronto. For more information, visit CityPASS.com.