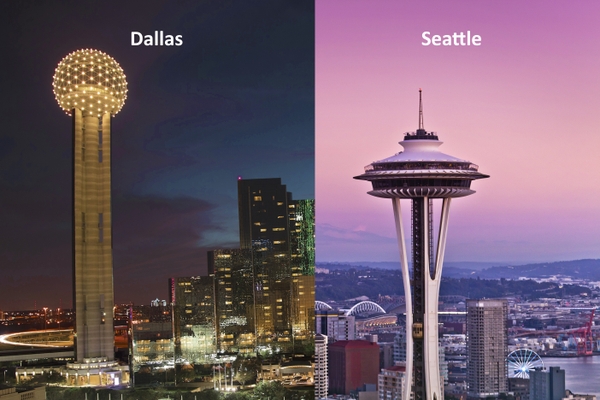 In addition to providing CityPASS buyers with an on-the-go option (tickets can be purchased on the steps of an attraction and presented for entry just moments later), mobile tickets are delivered to the traveler’s phone in the language they selected when they first visited the CityPASS website. For international travelers, it is especially accommodating to have an end-to-end translated experience in the language of their choosing (language options include Chinese, English, French, German, Italian, Portuguese and Spanish).

The Seattle CityPASS program saves buyers 45% off combined admission to the included attractions: Space Needle (day/night admission), Seattle Aquarium, Argosy Cruises Harbor Tour, a choice between the Museum of Pop Culture (MoPOP) or Woodland Park Zoo, and a choice between Chihuly Garden and Glass or the Pacific Science Center. The CityPASS ticket to the Space Needle, which recently unveiled a multi-million dollar renovation that added, among other highlights, the world’s first and only revolving glass floor, allows two visits to the observation deck within 24 hours. CityPASS visitors never have to choose between daytime or evening views from the Space Needle; they can experience both with their ticket. Valid for nine consecutive days*, beginning with the first day of use, Seattle CityPASS tickets cost $108 U.S. for adults, $84 U.S. for children 5-12.

*Note: Through Feb. 28, 2021, CityPASS has extended the validity on Seattle CityPASS tickets from 9 to 30 days.

The Dallas CityPASS program, which saves travelers 35% off combined admission to five major attractions, includes prepaid entry to the Perot Museum of Nature and Science, Reunion Tower GeO-Deck, The Sixth Floor Museum at Dealey Plaza, and a choice between either the Dallas Zoo or the George W. Bush Presidential Library and Museum. The included tickets are also valid over a period of nine consecutive days*, beginning with the first day of use. Dallas CityPASS prices: $47 U.S. for adults; $31 U.S. for children 3-12.

*Note: Through Feb. 28, 2021, CityPASS has extended the validity on Dallas CityPASS tickets from 9 to 30 days.