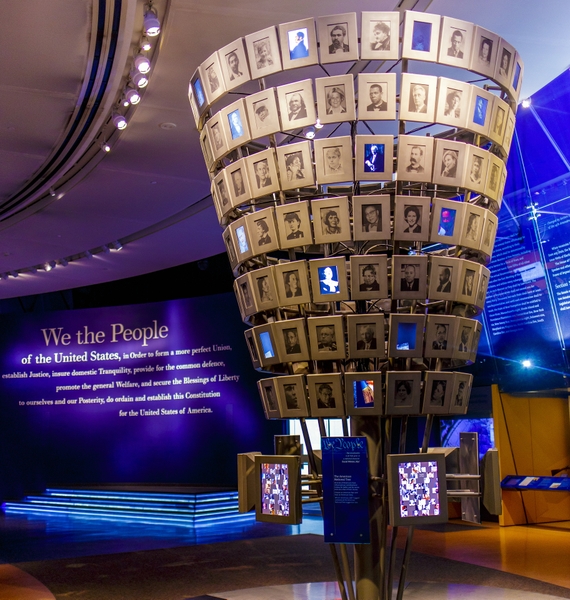 New York City (Sept. 10, 2012) — Labor Day has come and gone, but that doesn’t mean your vacation fun has to end. Post-Labor Day travel can be a dream: smaller crowds, cooler temperatures, and off-season hotel deals are just a few fall bennies. Another great deal—and one that’s available year-round—is a CityPASS® ticket booklet, which can save travelers up to 50% off combined admission to the top sights in 11 North American destinations. In addition to saving money, CityPASS travelers save time, skipping the main-entrance ticket line at many attractions.

So, before you go, check out what’s new at these East Coast and Midwest CityPASS destinations for fall:

Stop by—if you dare—for “Spiders Alive!” (through Dec. 2) at the American Museum of Natural History. Intrepid visitors will be greeted by some of the most remarkable arachnids on the planet, including the Goliath bird eater, a spider whose prey includes birds, mice, frogs, and even snakes. If spiders aren’t your insect of choice, head over to The Butterfly Conservatory. This annual seasonal exhibit, featuring a re-created tropical forest environment and more than 500 live butterflies, opens Oct. 6 and runs through May 28, 2013.

“Regarding Warhol: Sixty Artists, Fifty Years” is set to debut at The Metropolitan Museum of Art this month (exhibit runs Sept. 18-Dec. 31). For decades, critics have noted that Andy Warhol exerted enormous influence on contemporary art, but no exhibition has yet explored the full nature or extent of that influence. Some 45 works by Warhol—alongside 100 works by such leading contemporary artists as Cindy Sherman, Jeff Koons and Ai Weiwei—the show demonstrates both prime examples of Warhol’s paintings, sculpture and films, and presents key ways in which other artists responded and reacted to his groundbreaking work.

A New York CityPASS ticket gets smart travelers into both these museums plus four additional attractions—Empire State Building Observatory, The Museum of Modern Art (MoMA), a choice between the Guggenheim Museum and Top of the Rock observation deck, and a choice between the Statue of Liberty and Ellis Island or a Circle Line Sightseeing Cruise—at huge savings. New York CityPASS: $89 adults, $64 youth, 6-17. Saves 46% off regular combined admission.

Step into a Dr. Seuss classic when you journey along the “Trail of the Lorax” (through Nov. 25, 2012) at the Philadelphia Zoo. Using 3-D glasses, you’ll follow a path of clues (left by The Lorax himself) that reveal the very true story of the endangered orangutan, and how it depends on its natural habitat to survive.

And, don’t forget, fall is your last chance to paddle your way around Bird Lake in the zoo’s famous Victorian swan boats (weather permitting). The boats go into hibernation at the end of October and won’t reappear until April 2013.

The National Constitution Center will transport you back to the era of flappers and suffragists, bootleggers and temperance lobbyists, and such real-life legends as Al Capone and Carry Nation with “American Spirits: The Rise and Fall of Prohibition,” Oct. 19, 2012-April 28, 2013. Spanning from the dawn of the temperance movement to the Roaring ‘20s to the unprecedented repeal of a constitutional amendment, this world premiere exhibition brings the whole story of Prohibition vividly to life.

The Farmers’ Market at Harvard University (Tuesdays, through Oct. 30) is a not-to-be-missed seasonal treat. Setting up just outside the Harvard Museum of Natural History (Oxford Street courtyard), the market offers fresh produce, baked goods, chocolate, cheese, jams, honey and more. Before or after your farmers’ market experience, pop into the museum to check out exhibits such as “New England Forests” and “The Language of Color.”

A Boston CityPASS ticket booklet will save you 49% off Boston’s top attractions: Museum of Science, New England Aquarium, Skywalk Observatory, Museum of Fine Arts, Boston; and RevolutionaryBoston at the Old State House, which shares an option ticket with the Harvard Museum of Natural History. Boston CityPASS: $46 adults, $29 children, 3-11.

As of this summer, the Atlanta History Center ticket in each Atlanta CityPASS ticket booklet now includes a visit to the Margaret Mitchell House, located on the center’s Midtown campus. Enjoy a guided tour of the apartment in which the famous author penned Gone With the Wind, followed by a peek at exhibits highlighting both the author’s life and the movie version of her classic novel.

The fascinating, combative, extraordinary life of Genghis Khan will be on display at the Fernbank Museum of Natural History, beginning Oct. 5. Running through Jan. 21, 2013, this exhibit showcases one of the largest collections of 13th-century artifacts from the Mongol Empire ever to appear in a single showing.

If you haven’t yet seen Shedd Aquarium’s hypnotic “Jellies” exhibit, no worries. The wildly popular jellyfish exhibit has now been extended through 2013. So, there’s still time to be mesmerized by these diaphanous creatures, which rhythmically pulse, gently drift on circulating currents, even ricochet around their custom-crafted habitats. And if you’re one of the 1.3 million visitors who have seen “Jellies,” don’t think you’ve seen it all: look for a rotation of species in the coming months and a few additional surprises.

Next door to Shedd, The Field Museum is highlighting “Extreme Mammals” (through Jan. 6, 2013). Check out a fleshed-out model of Ambulocetus, a “walking whale”; an entire skeleton of the giant hoofed plant-eater Uintatherium, with its dagger-like teeth and multiple horns; and a life-sized model of Indricotherium, the largest land mammal that ever lived.

And you can do it all with a Chicago CityPASS ticket, which includes admission to Shedd Aquarium, The Field Museum, Skydeck Chicago (Fast Pass entry), a choice between the John Hancock Observatory (Fast Pass entry) and the Museum of Science and Industry, and a choice between Adler Planetarium and the Art Institute of Chicago. Chicago CityPASS: $84 adults, $69 children, 3-11. Save 50% off regular combined admission.

The world premiere of “Ultimate Dinosaurs: Giants from Gondwana” is now open at the Royal Ontario Museum. This exhibit features some of the largest and rarest dinosaurs to roam the ancient lands of Gondwana, which now makes up modern-day Africa, Madagascar and South America. These ancient dinos come with lots of high-tech razzle-dazzle, including “reactive walls.” Using body-scanning technology, two large motion-sensitive digital murals depicting dinosaur habitats react to the presence of guests in the exhibit—allowing those visitors to become part of the experience. (*Additional fee for this exhibit.)

White lions have returned to the Toronto Zoo. These rare and beautiful cats have not been seen in the wild for more than 15 years, but you’re guaranteed a sighting when you visit the zoo. The three white lions, which will be on display in a variety of combinations, are a permanent addition to the zoo’s African Savanna family.

For 15 years, CityPASS tickets have been a premier product for travelers who want to visit a destination’s top attractions while enjoying significant savings of up to 50%. CityPASS ticket booklets, which have a 99% customer approval rating, are available for New York City, Atlanta, Boston, Chicago, Hollywood, Houston, Philadelphia, San Francisco, Seattle, Southern California and Toronto. For more information, visit CityPASS.com.