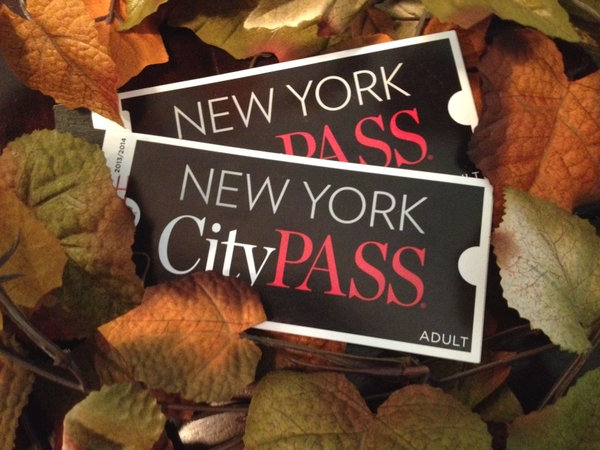 New York City (Aug. 12, 2013) — That sudden flurry of back-to-school ads on your television can mean only one thing: fall is fast approaching. And for travelers who don’t have to arrange their vacations around the school year, autumn is an ideal time to plan a getaway. Theme parks and major attractions boast shorter lines and smaller crowds, off-season hotel packages are abundant, and temperatures are neither too hot nor too cold.

To save time and money, check out the CityPASS® program, available in 11 top North American destinations: New York City, Atlanta, Boston, Chicago, Hollywood, Houston, Philadelphia, San Francisco, Seattle, Toronto and Southern California. CityPASS ticket booklets and admission cards offer prepaid admission to a destination’s most popular attractions at a savings of up to 50%—not to mention VIP line-skipping access at many locations. And because CityPASS booklets are valid for nine consecutive days (14 days for Southern California), travelers never feel pressured to rush from attraction to attraction to ensure they’re getting their full value.

Feeling inspired? Check out these destinations for possible inclusion on your fall travel list.

New York City — New York City is popular year-round, but a fall visit hits that sweet spot between the summer rush and the influx of winter holiday travelers who begin arriving mid-November to enjoy the city’s festive decor, shows and shopping.

The perfect Big Apple travel accessory: a New York CityPASS ticket booklet. Each adult booklet retails for $106 ($79 for youth, 6-17) and includes prepaid admission to six top attractions whose tickets, if purchased individually, would total $176. Enjoy the view from the top of the Empire State Building, visit the galleries of The Metropolitan Museum of Art, and sail around the Statue of Liberty aboard a Circle Line Sightseeing Cruise. There are also tickets to The Museum of Modern Art (MoMA), the American Museum of Natural History, the ferry to the Statue of Liberty and Ellis Island (can be selected in lieu of the Circle Line Sightseeing Cruise), and a choice between Top of the Rock observation deck and Guggenheim Museum.

Southern California — If you haven’t been to Southern California’s top theme parks in a few years, there’s a whole lot that’s new. Disney California Adventure Park has added Cars Land, an entirely new land that is the capstone of the $1.4 billion Disney recently spent on the transformation and expansion of California Adventure Park. Nearby, Universal Studios Hollywood has added Transformers: The Ride–3D, an ambitious mega-attraction/thrill ride. And SeaWorld San Diego has opened Manta, a launch coaster that dips riders past a manta ray pool and gives them the sensation of actually being a manta ray.

Discounted admission to all three of these theme parks, plus Disneyland Park, can be had with a Southern California CityPASS admission card ($319 for adults; $279 for children, 3-9). That’s a savings of 24% off a three-day Disneyland Resort Park Hopper ticket, which covers three days of unlimited back-and-forth access to Disneyland Park and Disney California Adventure Park; plus one-day admissions to Universal Studios Hollywood and SeaWorld San Diego.

Seattle — Summer-like weather in Seattle normally extends through September and well into October. Days are mild, nights are crisp, and the summer crowds have disappeared. Which means you shouldn’t have any trouble zipping to the top of the Space Needle or getting up close to the new harbor seal exhibit at the Seattle Aquarium. Unveiled last May, this naturalistic habitat features doubled tank depths, 180-degree visitor viewing outdoors and surround seating for 100 people.

You can even skip the main-entrance ticket line at the aquarium and several other attractions with a Seattle CityPASS ticket booklet. Retailing for $74 ($49 for kids, 4-12), each booklet contains admission tickets to the Space Needle (day/night ticket allows for two trips to the top of the Space Needle within a 24-hour period), the Seattle Aquarium, Argosy Cruises Harbor Tour, Pacific Science Center, EMP Museum, and a choice between either the Woodland Park Zoo or The Museum of Flight.

For more than 15 years, CityPASS ticket booklets and admission cards have been a premier product for travelers who want to visit a destination’s top attractions while enjoying significant savings of up to 50%. CityPASS ticket booklets, which have a 95% customer recommendation rating, are available for New York City, Atlanta, Boston, Chicago, Hollywood, Houston, Philadelphia, San Francisco, Seattle, Southern California and Toronto. For more information, visit CityPASS.com.