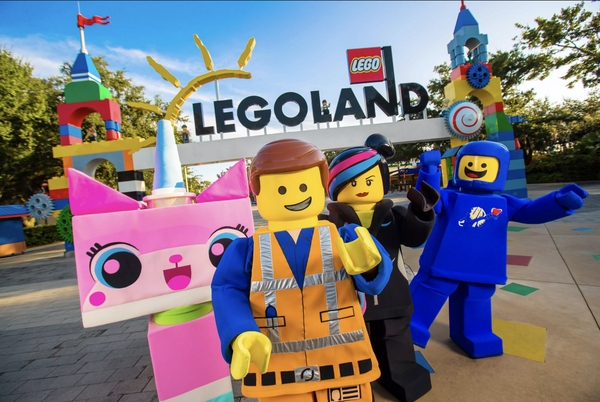 LEGOLAND California Resort is one of several family-friendly attractions that can be visited with a San Diego CityPASS ticket.

San Diego — Sunny San Diego is the latest city to join the CityPASS® family of partner destinations. The new San Diego CityPASS program, which launched in summer 2021, includes deeply discounted admission to various combinations of top attractions clustered in and around San Diego. The three combinations of tickets, which allow travelers to save up to 41% off combined regular admission, are:

Depending on what they want to see and do, the amount of time they have to spend in the San Diego area, and the ages of those in their traveling party, visitors can customize their own San Diego experience with CityPASS.

CityPASS has always been one of the best ways to stretch your travel budget. Now it’s also a great way to treat your family to a Golden State adventure that includes LEGOLAND California, which opened The LEGO® MovieTM World in May 2021. Featuring rides, characters, food and experiences inspired by the hit films The LEGO Movie and The LEGO Movie 2: The Second Part, this new land makes your LEGO visit even more awesome.

Nearby SeaWorld San Diego is becoming as well known for its thrill rides as for its animal encounters and commitment to ocean preservation. The highly anticipated Emperor coaster opened in March 2022. Soaring more than 60 miles per hour, Emperor is the tallest and fastest floorless dive coaster in the state. Dangling guests will plummet a heart-dropping 150 feet on Emperor before plunging 90 degrees into exhilarating loops. The ride is a tribute to the journeys of Emperor penguins, whose travels range from chilly, frosted cliffs to the depths of the ocean.

The other San Diego CityPASS partner attractions include the world-renowned San Diego Zoo and Safari Park, the USS Midway Museum aboard the historic naval aircraft carrier of the same name, a harbor tour with City Cruises, Old Town Trolley Tours, whose Silver Pass allows one day of unlimited touring with hop-on, hop-off privileges at 11 stops in San Diego and Coronado; and the Maritime Museum of San Diego, featuring an outstanding collection of historic vessels for guests to explore.

Due to COVID, some attractions now require advance reservations for guests. For information on how to make reservations, visit the San Diego Travel Guide on the CityPASS website. You’ll also find attraction hours of operation, exhibit highlights, offers and upgrades, and travel tips.

In this new normal, travelers want to feel secure about their vacation decisions. Thankfully, CityPASS and its partner attractions are:

Trustworthy — CityPASS has been a trusted brand for nearly a quarter of a century, with more than 24 million tickets sold to date. CityPASS tickets have a 97% customer recommendation rating. Read our reviews here.