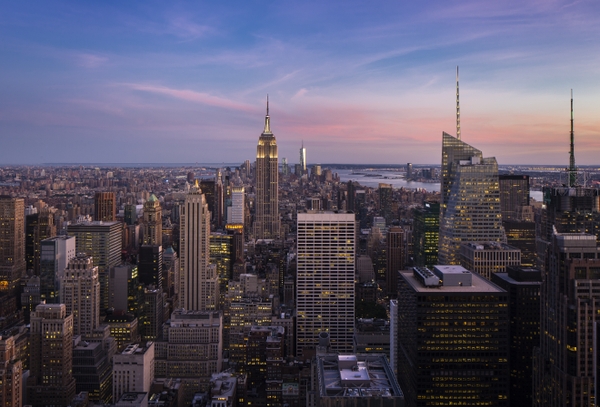 New York City (Feb. 15, 2012) — Travel + Leisure magazine recently released its first-ever reader survey of the world’s most iconic landmarks. Not surprisingly, five New York City locales made the list of most popular sites, including the Statue of Liberty and the Empire State Building (ranked no. 1 and no. 2, respectively, on the list of reader favorites); The High Line, a park built on the historic freight rail line elevated above Manhattan’s West Side; 8 Spruce Street, a rippling, silver-skinned, Frank Gehry-designed building that is the tallest residential tower in the Western world; and the National September 11 Memorial.

Another favorite for those who have the Big Apple on their must-visit list is a New York CityPASS® ticket, which saves 46% off combined admission to six top New York City attractions. Each New York CityPASS ticket includes prepaid admission to the Empire State Building, American Museum of Natural History, The Metropolitan Museum of Art and The Museum of Modern Art (MoMA), as well as a choice between a trip to the Statue of Liberty and Ellis Island or a Circle Line Sightseeing Cruise, and a choice between the Guggenheim Museum or Top of the Rock observation deck.

2012 visitors to New York shouldn’t miss Beyond Planet Earth: The Future of Space Exploration, an exhibition at the American Museum of Natural History (on display through Aug. 12, 2012). This interactive exhibition offers a vision of space travel within our solar system and beyond. It includes a re-creation of a lunar habitat, a model of a space elevator, and a full-scale model of the Mars Curiosity Rover.

New York CityPASS can be purchased online or at any of the CityPASS attractions. It is valid for nine consecutive days, beginning with the first day of use.

For 15 years, CityPASS has been the premier product for travelers who want to visit a destination’s top attractions while enjoying significant savings of up to 50%. CityPASS, which has a 99% customer approval rating, is also available for Atlanta, Boston, Chicago, Hollywood, Houston, Philadelphia, San Francisco, Seattle, Southern California and Toronto. Visit CityPASS.com