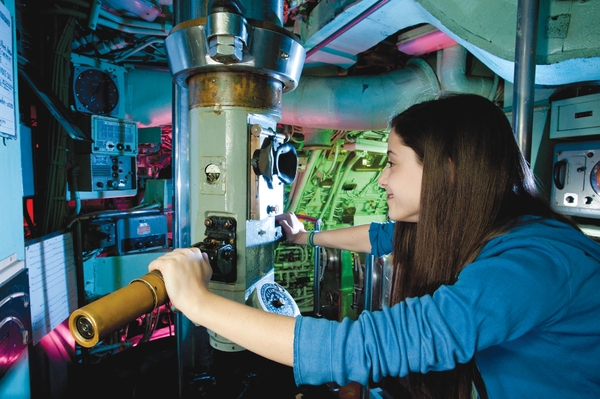 The 9/11 Memorial remembers and honors the 2,983 people who were killed in the terrorist attacks of Sept. 11, 2001, and Feb. 26, 1993. The site’s peaceful design, created by Michael Arad and Peter Walker, consists of two reflecting pools formed in the footprints of the original Twin Towers and a plaza of trees. Around the pools, the names of the victims are inscribed in bronze. Opened on the 10th anniversary of the 9/11 attacks, this sacred space has drawn visitors from all 50 states and more than 140 countries.

Located beneath the Memorial Plaza, the 9/11 Memorial Museum displays monumental artifacts linked to the events of 9/11, while presenting intimate stories of loss, compassion, reckoning and recovery that are central to telling the story of the 2001 and 1993 attacks and their aftermath. The artifacts inside the space range from large-scale pieces, such as a fire truck that responded to the scene, intersecting steel beams known as The Cross at Ground Zero and an airliner fuselage, to personal remembrances of those who perished: clothing, photographs, recordings of final phone calls and more. Needless to say, the museum delivers an emotional and moving experience.

The centerpiece of the Intrepid Sea, Air & Space Museum is the legendary aircraft carrier Intrepid, which survived five kamikaze attacks and one torpedo strike during World War II, completed three tours of duty during the Vietnam War, and served as a NASA recovery vessel for space missions in the 1960s. Located at Pier 86 on the Hudson River, the Intrepid Museum takes visitors on an interactive journey through Intrepid’s history, inviting them to explore restored historic spaces and original artifacts that reveal the humanity behind the hardware. On the flight deck, visitors get an up-close look at more than 20 authentically restored aircraft, including the world’s fastest military jet and spy plane. They can also “take the helm” on the navigation bridge.

The museum also includes the Space Shuttle Pavilion, home to Enterprise, the world’s first space shuttle, which paved the way for America’s space shuttle program. On the park-like pier, visitors can also view the British Airways Concorde, the fastest commercial aircraft to ever cross the Atlantic Ocean, and the submarine Growler, the only American guided-missile submarine open to the public.

As of March 1, the start of the program year, each 2015 New York CityPASS booklet will save visitors 42% off combined admission to the included attractions: Empire State Building Experience (day/night entry to the 86th–floor observatory), American Museum of Natural History, The Metropolitan Museum of Art (includes same-week admission to The Cloisters museum and gardens), a choice between Top of the Rock observation deck and the Guggenheim Museum, a choice between the Statue of Liberty and Ellis Island or a Circle Line Sightseeing Cruise, and a choice between the National September 11 Memorial & Museum and the Intrepid Sea, Air & Space Museum.

New York CityPASS prices, starting March 1: $114 for adults (a value of $196); $89 for youth, age 6-17. Ticket booklets can be purchased online at CityPASS.com or at any of the participating attractions. Ticket booklets are valid for nine consecutive days, beginning with the first day of use.