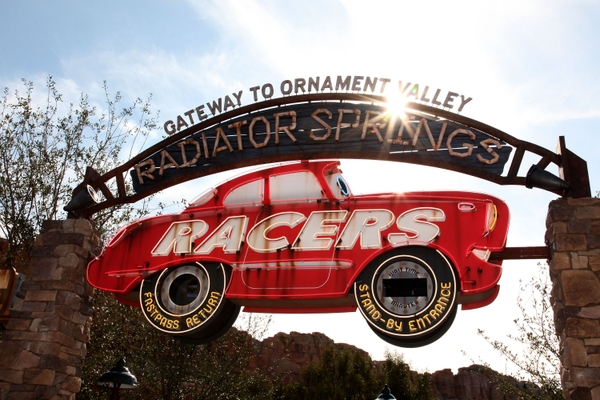 Victor, Idaho (Aug. 29, 2012) — The busy summer travel season may be winding down, but that doesn’t mean your wanderlust has to be packed away with your shorts and tank tops for another year. Post-Labor Day travel boasts big benefits: smaller crowds, cooler temperatures, and off-season hotel specials, just to name a few. Another great deal—one that’s available year-round—is a CityPASS® ticket, which can save up to 50% off combined admission to the top sights in 11 North American destinations. And, in addition to saving money, CityPASS travelers save time, skipping the main-entrance ticket lines at many attractions.

So, now that you know fall is a terrific time to travel, check out these five reasons to pack your bags and head west.

Southern California: Yippee! Cars Land, Transformers: The Ride—3D and Manta are open! — Three glorious new experiences await theme park visitors in Southern California: Cars Land, a brand-new land inside the Disney California Adventure Park; Manta, a manta ray-themed coaster at SeaWorld San Diego; and Transformers: The Ride—3D at Universal Studios Hollywood. All three attractions opened just after Memorial Day and have been drawing large, enthusiastic crowds. But now that the kids are heading back to school, those crowds will be thinning. So, don’t miss your chance to check out these additions while the lines are shorter. And to make your visit even better, purchase a Southern California CityPASS admissions card, which shaves 30% off combined admission to all three of the parks mentioned above plus Disneyland Park. Southern California CityPASS admission cards cost $279 for adults; $239 for children, 3-9. citypass.com/southern-california

Hollywood: Betty White and Justin Bieber are ready for their photo ops — Betty White and Justin Bieber are just two of this year’s additions to the oh-so-photogenic collection at Madame Tussauds Hollywood. Like most of the figures on display at Madame Tussauds, Betty and Justin will happily pose for photos with you and your friends. Before you stroll down Hollywood’s star-studded Walk of Fame, however, pick up a Hollywood CityPASS* ticket, which gets you into Madame Tussauds, and also includes tickets for a Starline Movie Stars’ Homes Tour, a Red Line “Hollywood Behind-the-Scenes” tour, and a choice between either the Dolby Theatre (home of the Oscars) Guided Tour or The Hollywood Museum. Hollywood CityPASS: $59 adults, $39 children, 3-11. Saves 46% off regular combined admission.

Houston: Fall is the perfect time for a prehistoric safari — Houston may be known for its forward-looking contributions to the exploration of our galaxy, but it’s also home to a whole lot of prehistoric fossils and dinosaurs, all on display in the new Paleontology Hall (opened June 2012) at the Houston Museum of Natural Science. Thirty dinosaurs (all in action poses) are joined by such exhibits as real, fossilized—and touchable—dinosaur skin; a virtual ancient aquarium; and the 12-foot-wide, reconstructed jaw of a Megalodon, a marine monster that was the largest shark that ever lived. Travel back in time with a Houston CityPASS ticket, which gets you into the Museum of Natural Science and four additional attractions: Space Center Houston, Downtown Aquarium, a choice between the Houston Zoo and The Health Museum, and a choice between The Children’s Museum of Houston and the Museum of Fine Arts, Houston. Houston CityPASS: $39 adults, $29 children, 3-11. Saves 46% off regular combined admission. citypass.com/houston

San Francisco: You can shake off (literally) those end-of-summer blues — The California Academy of Sciences’ new “Earthquake: Life on a Dynamic Planet” exhibit invites you into the “Shake House,” where visitors see, hear and feel two simulated earthquakes: the 6.9-magnitude Loma Prieta earthquake and the 7.9-magnitude Great San Francisco Quake of 1906. Once you’ve been thoroughly rattled and rolled, you can browse through displays on quake preparedness and how plate tectonics shape life on our planet, or take in the Earthquake planetarium show. Admission to the California Academy of Sciences is covered in each San Francisco CityPASS ticket, which also includes tickets to the Aquarium of the Bay, a Blue & Gold Fleet Bay Cruise, San Francisco Museum of Modern Art, and a choice between the Exploratorium or the de Young and Legion of Honor Fine Arts Museums. But wait, there’s more. Each ticket also includes a Muni and Cable Car 7-Day Passport, which gives you carte blanche to ride the city’s famous cable cars—as well as its buses and streetcars—an unlimited number of times. San Francisco CityPASS costs $69 for adults, $39 for children, 5-12, and saves nearly half off combined regular admission prices. citypass.com/san-francisco

Seattle: It’s your last chance to celebrate the Seattle Center’s 50th anniversary — Through Oct. 21, 2012, the Seattle Center is celebrating its milestone 50th anniversary with special events, guided walking tours and art installations. Originally built for the 1962 World’s Fair, the Seattle Center is home to lots of cool attractions, including the iconic Space Needle, the Pacific Science Center and EMP Museum (formerly Experience Music Project). Seattle CityPASS tickets get you into all three of these attractions and also include admission to the Seattle Aquarium, an Argosy Cruises Harbor Tour, and a choice of entry to either The Museum of Flight or the Woodland Park Zoo. Seattle CityPASS tickets cost $69 for adults ($44 for kids, 4-12) and save travelers nearly half off combined admission to the included attractions. citypass.com/seattle

CityPASS tickets are valid for nine consecutive days (14 days for Southern California), beginning with the first day of use. Tickets for all of the destinations mentioned above can be purchased online at CityPASS.com or at any of the attractions.

For 15 years, CityPASS tickets have been a premier product for travelers who want to visit a destination’s top attractions while enjoying significant savings of up to 50%. CityPASS tickets, which have a 99% customer approval rating, are available for New York City, Atlanta, Boston, Chicago, Hollywood, Houston, Philadelphia, San Francisco, Seattle, Southern California and Toronto. For more information, visit CityPASS.com.

*Note: The Hollywood CityPASS program has been discontinued.