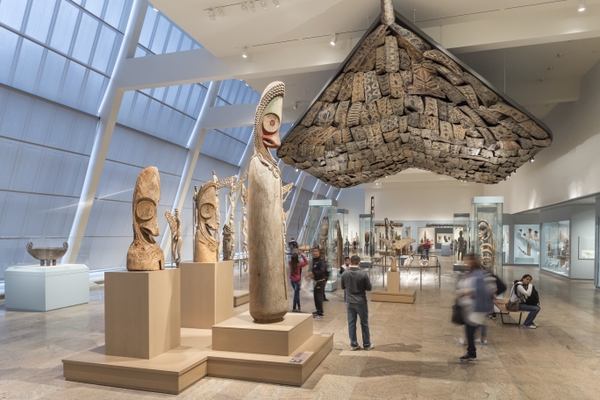 The Metropolitan Museum of Art — Arts of Africa, Oceana and the Americas collection

New York (October 21, 2019) — The newly reimagined Museum of Modern Art (MoMA), which opened to the public today following a major renovation and expansion project, has been added as an attraction option to The New York CityPASS® C3 program. Designed especially for weekend and shorter-stay visitors to the Big Apple, CityPASS C3 tickets cover prepaid admission to any combination of three of the following 11 top attractions:

New York CityPASS C3 tickets—mobile tickets that can be purchased on the go from CityPASS.com and conveniently stored on a traveler’s mobile device or Apple Wallet (or printed out)—save visitors up to 30% off the cost of purchasing the selected admissions separately. A benefit for international travelers is that mobile tickets are delivered in the language the buyer selected when they first entered the CityPASS website. For international travelers, it is especially accommodating to have an end-to-end translated experience in the language of their choosing (language options include Chinese, English, French, German, Italian, Portuguese and Spanish).

With more than 40,000 additional square feet in which to present its exceptional collection of modern and contemporary art, the museum will now open earlier to the public, at 10 a.m.; extend its hours until 9 p.m. on the first Thursday of every month; and continue to offer exceptional dining options. The Modern restaurant, open for lunch and dinner and overlooking The Abby Aldrich Rockefeller Sculpture Garden, has been honored with four James Beard Foundation Awards, three stars from The New York Times and two Michelin stars. MoMA Café 2 is the museum’s more casual eatery, featuring Italian fare, communal tables and wine by the glass.

The New York CityPASS C3 admission ticket to MoMA includes general admission to The Museum of Modern Art on 53rd Street in midtown Manhattan, including a free audio guide and same-day films. The ticket also allows complimentary admission within 14 days to MoMA PS1, located in Long Island City, Queens, and devoted to displaying ever-changing examples of the most experimental contemporary art in the world.

Each New York CityPASS C3 ticket costs $84 for adults, $64 for children (5-12). Mobile tickets, purchased online at CityPASS.com, are instantly delivered to the buyer’s email. Travelers can choose to save the tickets to their mobile device or Apple Wallet for easy scanning at the selected attractions or to print out a copy of each ticket. Tickets are valid for nine consecutive days, including the first day of use.

The New York C3 ticket is one of two CityPASS tickets available for visitors to New York. While C3 tickets are designed for shorter-stay visitors, the core New York CityPASS program—which includes prepaid admission to six top attractions—is ideal for tourists who have more time or are first-time visitors to the Big Apple.